Devil crab gets its roots from Tampa, Florida. It’s usually served as a main dish though one can eat it as an appetizer as well. This food item should be eaten using one hand instead of two. There’s some similarity between the devil crabs and the crab cakes; however, they’re still quite different in terms of shape, seasoning, density, and preferred eating style.

Taste the History
The history of the devil crabs and the Tampa Cigar industry are inseparable. The story of these famous devil crabs originates from labor and immigration. For a long time, the factory workers had a troubled relationship with the senior management of the cigar manufacturing business. Union formation had repeatedly failed, and the Tampa Cigar Manufacturer Association’s tightly controlled wages were the last straw.

After World War I, the workers demanded increased wages to combat the high inflation and cost of living. Those demands weren’t met, which during the spring of 1920s, led to a 10-month strike by the workers.

Food for the Hungry & Starved

Devil Crabs came into existence during the days of desperation when hungry families ran out of options because of the cigar worker strike of the 1920s. Together with the work stoppage, the strike went on for months with no positive end results except piling anger and violence. After the authorities destroyed the food kitchens, the workers had no other option but to put food on the table except fishing for crabs at Tampa Bay. 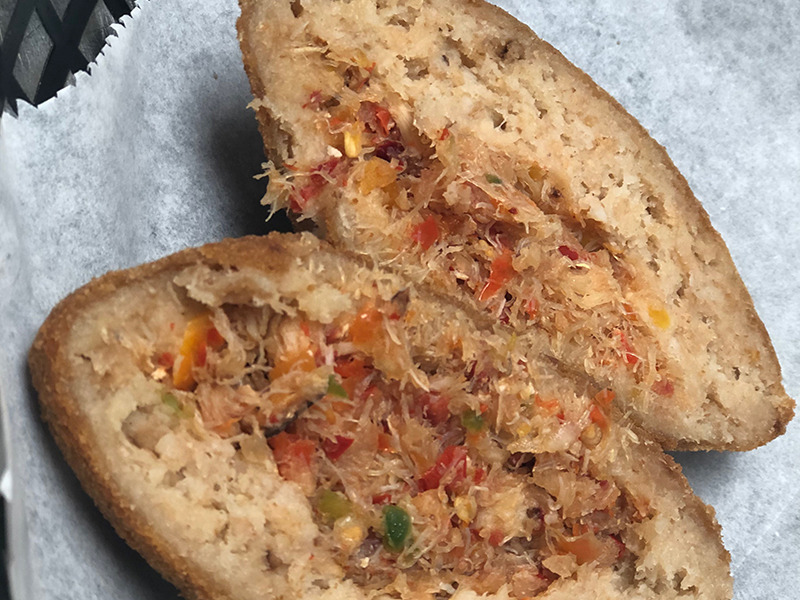 The Tampa waters were filled to the brim with blue crabs in the early 1920s. In these times, bread was not that costly. Home chefs seeking to make an inexpensive meal to feed their families would combine these two ingredients, add seasonings, and make Tampa-styled croquettes. These later got the name devil crabs.

However, even with the hunger taken care of, strikers had other needs, such as rent and other groceries and everyday essentials. So to make ends meet and for a bit of side income, the workers started fishing for and selling these crabs to other people. They de-shelled and boiled them while making crab rolls out of them to sell on various street corners.

Out Came a Winner

Long after the strike ended, these croquettes continued to gain popularity. Local entrepreneurs started selling their versions in lunch cafes and restaurants that served Cuban and Spanish cuisines in Ybor City and Tampa. The smaller or mini versions are served as an appetizer, whereas the standard versions are served as a main course or part of the main meal.

Everyone visiting Tampa Bay for the first time should definitely try the best devil crabs out here. Check us out at Pappy’s Devil Crabs for this traditional-modern dish.

No products in the cart.